Click 'Blog' for daily updates such as change in office hours.

Robert B. Lanter, DO Our Services Medical Marijuana 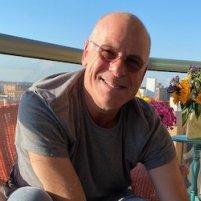 Robert B. Lanter, DO

Medical marijuana may be a valuable component of an individualized pain management treatment plan, but its benefits don’t stop there. Other conditions such as PTSD, seizure disorders, and headaches can also be addressed with medical marijuana. Robert B. Lanter, DO, in Oceanside and Long Beach, New York, is a registered practitioner who can evaluate your health and certify you to obtain medical marijuana. To schedule an appointment, call the nearest office or use the online booking feature today.

How does medical marijuana relieve pain?

The active ingredients in marijuana are plant-based substances called cannabinoids. There are more than 66 different types of cannabinoids, and they don’t all produce the same effect.

Cannabinoids attach to receptors in your brain and nerves. The impact they have depends on which receptors they activate. Some trigger receptors that relieve pain, while others stimulate receptors that result in the psychoactive changes associated with being high.

Your body has a built-in cannabinoid system that produces substances called endocannabinoids. Endocannabinoids affect several body functions, such as sleep.

But when you have a painful injury or disease, these natural substances attach to receptors that reduce pain and inflammation. The cannabinoids in medical marijuana affect the same receptors, regulating the release of brain chemicals and alleviating your pain.

In the state of New York, you may be eligible for medical marijuana if you have:

The law also states that your condition must be accompanied by symptoms such as severe or chronic pain, seizures, severe nausea, muscle wasting, severe or persistent muscle spasms, or opioid use disorder.

How do I obtain medical marijuana?

The first step is to schedule an appointment with the team at Robert B. Lanter, DO. After evaluating your medical history and symptoms and finishing a physical examination, they can determine if you’re a good candidate for medical marijuana.

If your condition qualifies, your provider certifies you to obtain medical marijuana. Then you need to go online and register by creating an account.

Once the state approves your registration, they send you an identification (ID) card. You can print a temporary ID card while you wait to get your card in the mail.

Finally, you either go to the nearest registered dispensary or contact an organization that provides home delivery.

Your marijuana is available in several forms, including capsules, tablets, oil, oral spray, and powder. It’s also available in a vape cartridge, but the New York State Department of Health has asked people to avoid vape cartridges until they can thoroughly investigate lung illnesses associated with vaping.

To learn if you qualify for medical marijuana, call Robert B. Lanter, DO, or book an appointment online today.